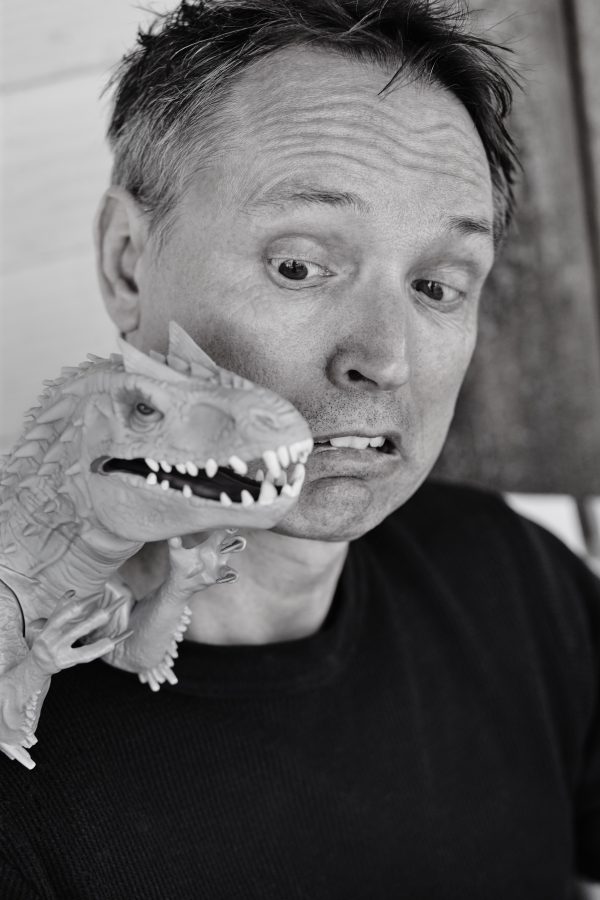 I laughed till I farted.

John Adams was born in Manchester England. He immigrated to Canada when he was a young child. A graduate of Jazz studies from Concordia University he spent the first half of his life as a professional musician. He did everything from working with record companies to spending his summers playing for the Hells Angels.

Then, in 2014, he posted an obituary for his cat...and everything in his world changed.

With a gift for condensing everyday life into hilarious heart-warming stories that rings true for all audiences, author John Adams creates deep connections with readers using humour that is grounded in never forgetting what it is like to be a child.

When John posted a quirky obituary for his cat that included zombies, a conversation with Saint Pete, batman costumes, and an epic immortal Highlander battle – he had no idea the impact the short story would have on his life.

The story went viral and he found himself with an audience for his fresh humour on everyday family life and the father/son relationship.

When he asked his wife what she thought of him writing a book, she suggested he open a Twitter account… “See if you can write a 140 characters first…” prompting an idea of using a minimalist approach to storytelling.

His first book series Father and Son Secrets is a four book series based on his original narratives that went viral on social media.

John Adams is the author of the Father & Son Secrets book series and is the creator of Your Wife is going to Kill You.com. He is an avid trail runner and is an accomplished bass player. He transcribes Miles Davis and Dexter Gordon solos to relax and has a love for restoring old Plymouth's. He lives in Quebec with his wife and son.